Quaker Social Action have been investigating funeral directors since 2007 and yesterday launched their report into this matter, ‘Speaking Truth to Power’ supported by a grant from Quakers & Business.

Research started in 2007, with their award winning project Down to Earth starting in 2010. Fair Funerals was launched in 2014 and ran to 2018 and to date 1,768 funeral director branches are signed up to a price transparency pledge. Down to Earth provides advocacy work and has supported over 4000 bereaved people since it started – last year over 700.

The funeral business is unregulated, and the Competition and Markets Authority are especially concerned at the lack of clear pricing statements, and comprehensive information, making it hard for vulnerable people to compare what is offered. The cost of a simple funeral is now nearly £4,000; 12% of people faced with a funeral struggle to pay for it, and they take on an average debt of nearly £2000

Four staff members provide mainly phone and on-line support. They also have helped get clear and affordable pricing of funerals, are working in partnership with politicians on a cross-party basis, other charities and Royal London Insurance to get policy change. This includes plans to regulate the funeral industry, whose charges have risen far ahead of inflation; helping to get an increase in the Funeral Expenses Payment – fixed for 15 years at £700 but rising to £1000 in March and then being tied to inflation; supporting the introduction of a Children’s Funeral Fund; and highlighting the need for standards for public health funerals.

This project has saved people an average of £1,800 against initial funeral quotations where consulted before the funeral and nearly 1,600 where the consultation has followed the funeral.

There is grant funding for the project, but a shortfall of £500 per day needs to be found.

Each year the Big Give Christmas Challenge runs from 3-10 December. Money donated on-line is doubled – and this year QSA is one of the charities to benefit from this.

Read more about it here: https://fairfuneralscampaign.org.uk/co…/what-funeral-poverty

Donations can be made to www.quakersocialaction.org.uk/biggive2019. But don’t give yet! Remember between December 3rd & 10th any donation will be matched.

You can download a copy of the report ‘Speaking Truth to Power’ from the QSA website: https://quakersocialaction.org.uk/taking-social-action/news/qsa-launches-funeral-poverty-report-london-event

The Strategy Day is an opportunity to: Explore what Q&B does now. Help shape its future with plans on how it can best support both its members and further abroad.

Quakers and Business Group promotes Quaker values and principles in business and the workplace. It provides a supportive network for those upholding these principles, researches into ethical business practices and runs events.

Full details and ways to pay on: https://qandb.org/gathering-2019

Q&B’s AGM will be held at lunchtime after networking time.

Clean for Good is a cleaning firm with a difference.

I was delighted to attend the preview evening for this exhibition at St Sepulchre’s Church, Holborn Viaduct, London, EC1A 2DQ. It opens formally on Monday and will be open Monday – Thursday 11am – 2pm until the end of August 2019.

This is a selection of specially commissioned black and white portraits of some of Clean for Good’s cleaners and account mangers. There are eleven portraits so about a quarter of their current workforce.

There was laughter as the various staff members admired the photos and read each other’s bios – commenting on things they were learning about each other.

Cleaning choices are some of the ways you can live our your values as an ethical consumer. I talked about this back in the Quaker A-Z: C is for Choices.

Clean for Good strives to be London’s best cleaning company – and was recently recognised as a NatWest Top 100 Social Business 2019. Not bad for its second year in business!

The cleaners are employed direct – with full employment benefits, including pension, holiday and sick leave. As a customer, I like that Clean for Good are responsive and able to find alternative cleaners where necessary. Including recruiting in an area where they didn’t currently have a cleaner.

So, if you are looking for a cleaner, and want to be certain that are treated well by their employers including being paid the London Living Wage, then have a look:

I hope the idea spreads to other places. All people deserve to be treated with respect!

If you are in central London this summer why not pop in and come face to face with some of the cleaners of London? At the 2018 Quakers & Business Conference Peter Cheng gave some very well received talks on his research into the Quaker Business Method and Cognitive Science.

The talks led to another event held in Birmingham, sponsored by the Quakers and Business Group and hosted by Anthony Collins Solicitors LLP.

The videos are now available and can be watched on the Q&B You Tube channel, or on the Q&B site resources page. 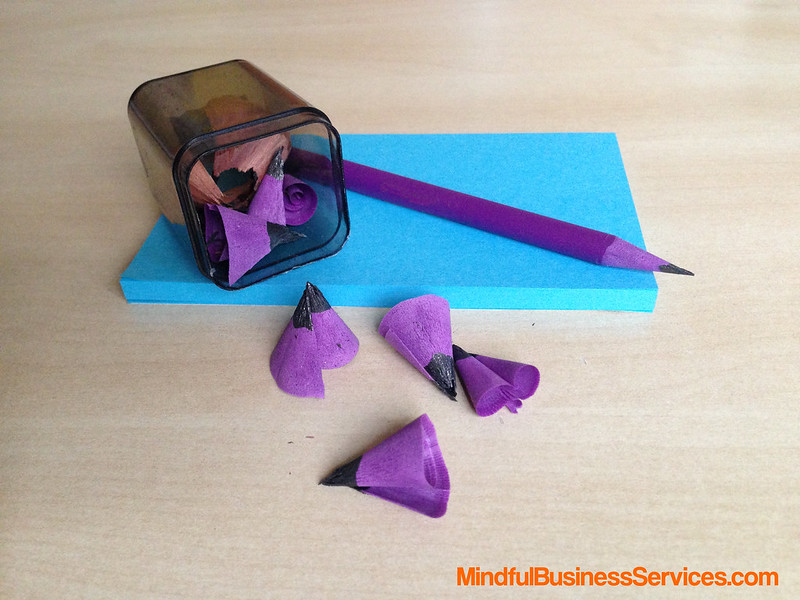 I’m often asked by clients, where do I get my information about rates and other virtual assistants? One of the biggest answers is from here: The Society of Virtual Assistants (SVA) 9th annual survey. To read about how I define VA, read the home page, and if you are wondering how it all works – I have a page for that too!

The research was released last week and copies of the report are now available to buy from this link.

To make it statistically valid, they needed at least 10% of the industry surveyed – which they calculated as 2,333 VAs working in the UK. However, it can be hard to calculate the total number of VAs in the UK. So many are classified as separate industries such as secretary, bookkeeper, marketing consultant – or even charity management consultants such as myself!

To quote the SVA’s blurb:

SVA’s annual survey designed to take a snapshot of the UK VA industry answering business critical questions like: How much can I charge? What will I earn as a VA? What are the most effective marketing strategies? What services are most popular? Which training programmes deliver the best value for money?

So, if you have ever wondered about using a VA, or what a VA could help you with – have a look at the survey, or at the SVA website. It was good to see that I’m not alone in having worked as a VA for over five years, and have no plans to stop any time soon.

(Facts taken from the survey linked above)

Fire is a serious risk. However, even if the equipment can be tempting to small people, I don’t recommend telling them taping the control panel shut, or posting signs telling people not to touch the fire alarm.

I suspect those intent on fiddling will ignore the sign. While you definitely don’t want to confuse someone in an emergency situation where they *should* sound the alarm.

Instead have regular fire alarm drills. Give training to your volunteers or employees. Suggest training for anyone else who use your building. You might be able to combine groups and provide training to everyone.

These combined with clear signage, plus the use of appropriate equipment coverings to prevent accidental usage or damage will mean fewer false alarms and give everyone involved more confidence that they know what they are doing if an emergency occurs. 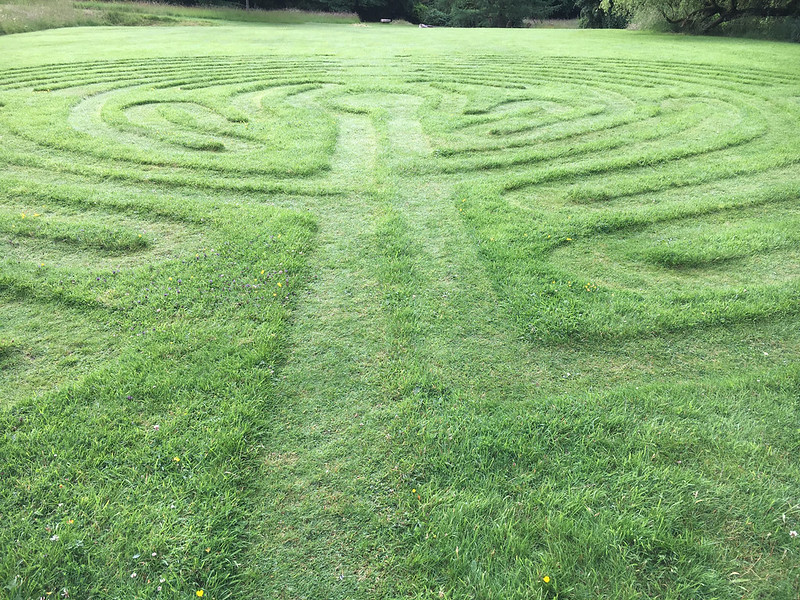 How does leadership work in our non-hierarchical Society of Friends, and what does it mean to take a lead when working in relationship with others? 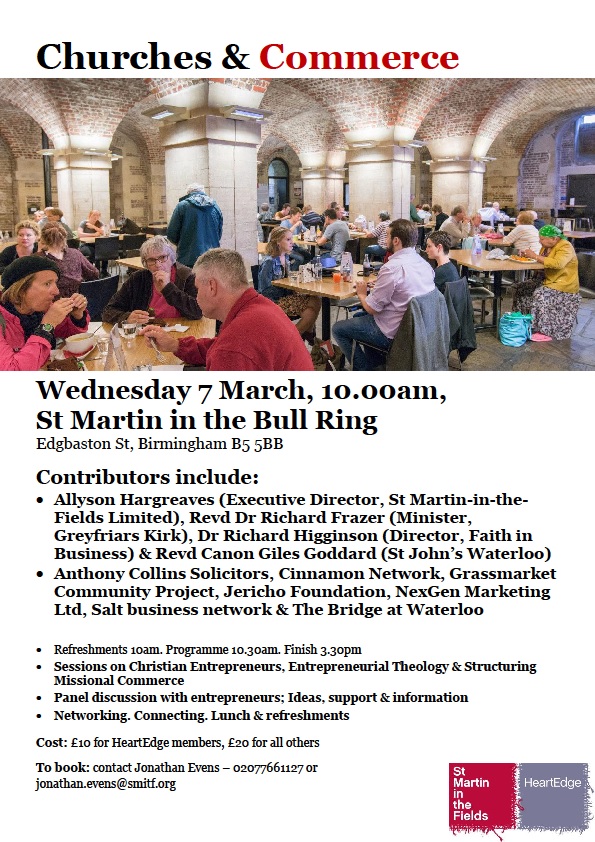 I’m delighted to be speaking on Outsourcing, at the HeartsEdge Churches & Commerce conference.

It looks like an interesting day, Jonathan Evens explained, ‘The reason for organising this event is that many churches struggle to cover the costs of their buildings and the ministry needed in their area. Finding other sources of income in addition to congregational giving can help significantly and can also extend the church’s engagement in God’s mission. This event enables participants to hear from people for whom commercial activities, including social enterprises, are making a real difference, not only to their church finances but also to their wider mission. We hope that ‘Churches & Commerce’ will be a day for anyone interested in making churches sustainable in their mission.’ 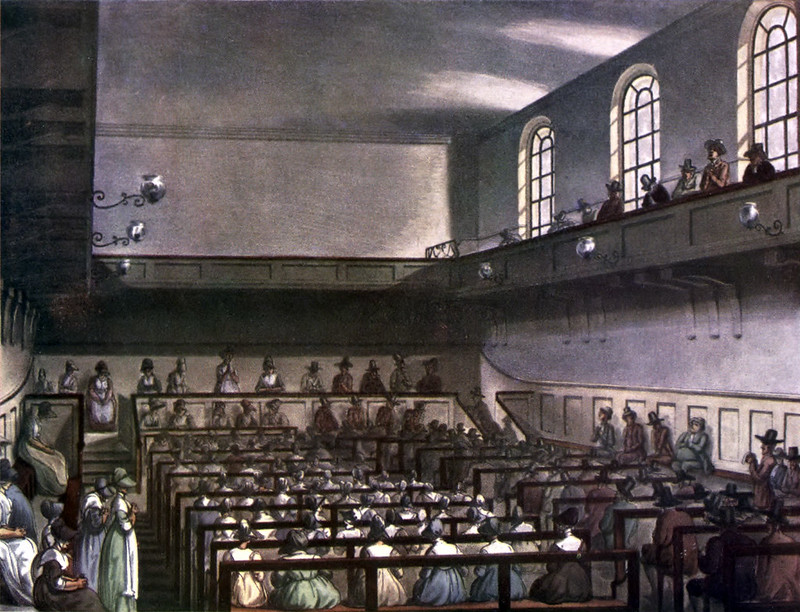 Lancaster University are running a free on line course exploring how/why Quakers formed and grew into the radical group they are today.

” Together, we will explore the beginnings of Quakerism and this critical piece of religious history of a group who gathered around a radical and outspoken spiritual message that was to change the face of 1650s England, and has since remained a distinctive part of the religious landscape.”

I’m looking forward to it! 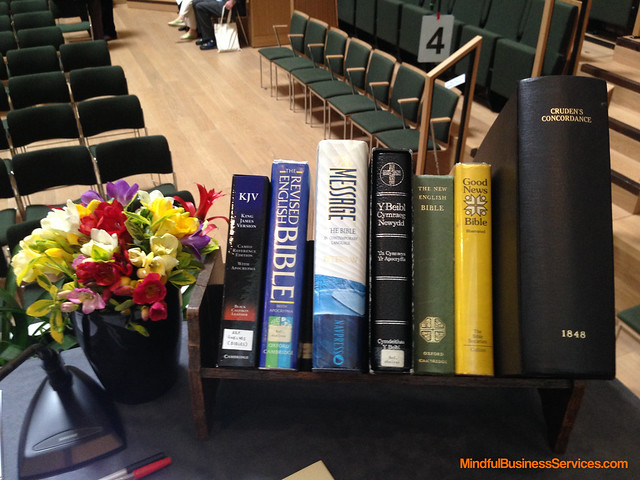 There was a time when the only reference books found in a meeting house were similar to those seen at the Clerks’ table at Yearly Meeting. Over the years, as many Area Meetings have registered as charities, this has changed and now legal advice is as necessary as spiritual. While pensions are mentioned in the bible, it doesn’t qualify as helpful advice.

At the Managing Meeting Houses course last month there were several anxious questions about pensions.

Obviously, I’d recommend seeking professional advice if you have any concerns. The guidance given here is a summary of what I’ve found useful, and supplied to my clients on request.

The Charity Finance Group (CFG) has produced a useful guide to pensions – downloadable from that link. The publication hopes to provide some guidance for the 22,000+ charities, each with less than 25 members of staff, who are due to be auto-enrolling their staff between 1st January 2016 and 1st April 2017.

The guide is easy to read with advice on how to prepare, implement, and build the necessary processes. It urges you to plan early and budget for additional costs created by auto-enrolment.