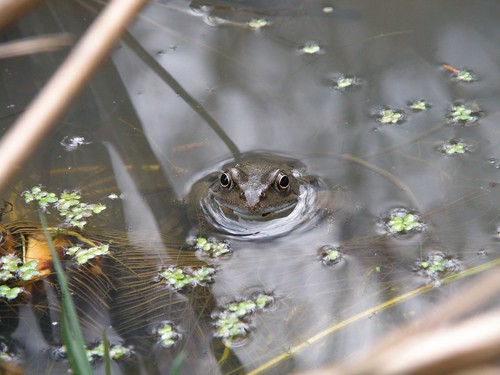 Six Weeks Meeting  are the representative Trustee body for the 40 Meeting Houses in London. Last March they wrote a minute about how they would be tackling the 2011 Britain Yearly Meeting corporate decision to become a low carbon community – often called “Minute 36: Our Canterbury commitment”

We, the Trustees of Six Weeks Meeting, wholeheartedly endorse the sentiment contained in this minute. In our role in managing the maintenance and repair of the Quaker Meeting Houses in London, we recognise that the built environment is responsible for around 50% of global CO2 equivalent emissions.

We wish to commit Six Weeks Meeting, on behalf of all the Quakers in London, to significantly reduce the energy consumption of our Meeting Houses over the next few years. This will require us all to re-envision how we use our buildings, and how many we seek to maintain. To this end we wish to draw up a strategic vision and plan of action. The scale of change required will need more financial capital than we currently have available.

This is an opportunity given to us. Change is always challenging. It also offers new opportunities for growth and renewal.

To incentivise and accelerate energy reduction methods they’ve come up with an Energy Saving Fund. This isn’t new money per se – instead the financial savings that accrue during the first five years after each energy-saving-project are then ring-fenced for future re-investment into further energy saving projects.

Sustainability is always a complex subject – it is easiest to look for the ‘green bling’ as I’ve heard it called – the solar panels on the roof and the electric or hybrid car. But as in so many things it is in the small daily actions which will make the biggest difference.

Trent, a frugality blogger explains it re saving money, but the same principle can be used to save energy.

First, there are more opportunities in your life to practice the small stuff. We spend money dozens of times a month – at the grocery store, online, on our bills, and on little incidental things. Each of those is an opportunity to spend less and seek out a greater “bang for the buck.”

The same applies personally – do you leave the water running when you wash dishes, use low energy bulbs, compost your kitchen scraps? These aren’t as glamorous of course but do add up.

Each building no matter its usage will have similar opportunities to save energy – and that is the overall goal. Current UK Government targets talk about reducing today’s levels by 60% over the next decade.

As a result of that Canterbury Commitment, Meeting for Sufferings instructed Quaker Peace & Social Witness to create a baseline of energy usage. Our Meeting completed questionnaires, measured and noted many things. Including – we weighed our rubbish – every bag was hung from a luggage scale and its total duly noted.

We were delighted to discover that we recycled and composted over 50% of our rubbish. We are lucky to have a garden where we can compost and a local authority that collects recycling weekly.

However, I was also delighted to note that the Pre-School who use the lower half of the building were so surprised by how much was being thrown away – that they changed their practices. The staff put a recycling box in the class room and encouraged everyone to use it. Peels and waste food from their healthy snacks are now fed to the worms in the wormery or put into the compost.

Other building wide improvements which will have a daily effect in reducing the amount of energy needed to run the building have been done. We were lucky enough to be able to take advantage of the Muswell Hill Low Carbon Zone and were able to get some building works including cavity wall and loft space insulation funded for us.

Smaller steps included ensuring all light fittings had low energy bulbs (LED would be next and is being considered), noticing that people weren’t using the recycling bins outside and finding places inside to put smaller containers. 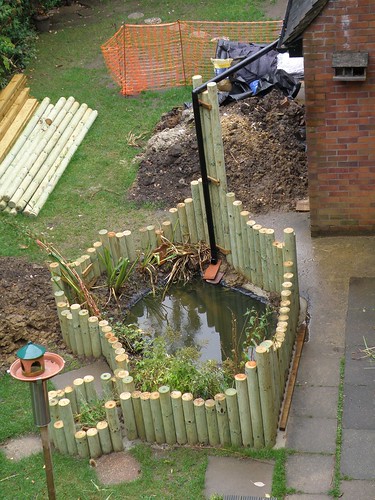 In the garden we installed water butts, linked where there was space.

Plus we diverted one guttering down spout to feed the garden pond.

The pond acts as a reservoir as well as adding important bio-diversity habitats.

We garden organically, adding plenty of mulch to maintain soil moisture and healthy soils. Plus we consider what we grow – fruit, flowers and vegetables.

Less picturesquely – a new condensing boiler was installed which is programmable – this should reduce the overall gas usage quite considerably. We’re taking monthly readings to ensure we keep a look at how much we use over this rather unusual year.

There is one Meeting House which was determined to lower its energy usage and fuel costs. To do this it has put into their Terms & Conditions that you are to set the room thermostats to 10C at the end of your session. If you don’t – you pay double for that session. I was told it only takes one or two occasions for new hirers to decide it is worth the hassle!

More ideas on how to tackle energy reduction can be found online at http://www.energysavingtrust.org.uk/