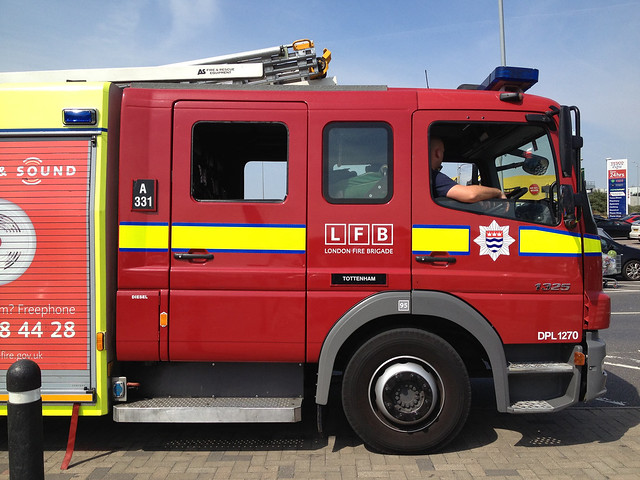 Fire Alarms and the necessary Fire equipment and signage are all an important part of any building’s safety plan – and we always hope they won’t be needed. However, if the worst happened – would your meeting know how to respond?

Mount Street, Manchester recently held a fire drill during Meeting for Worship. Although there were several mishaps, and originally many people were upset, by the end they had learnt so much it was decided this should be done again.

Have your Premises and Elders sat down to work out an evacuation plan? Appointed marshals to ensure the building is empty, count everyone out and to ring the Fire Brigade?

Consideration of where to meet – and when to reunite children and parents are two important issues.

Are there any people who need special consideration?

We’re not alone in needing to do this – Ship of Fools has a thread about other churches who have done drills during services. One suggestion was to hold the drill at the end of the services so everyone was still there but the evacuation practice was done. Another was to do it at different times of the month to cover any changes to routine.

Reminding us that this risk is real one post commented that there was a priest who started each Sunday service with information about fire exits as their previous church had burned down.

We use cookies on our website to give you the most relevant experience by remembering your preferences and repeat visits. By clicking “Accept All”, you consent to the use of ALL the cookies. However, you may visit "Cookie Settings" to provide a controlled consent.
Cookie SettingsAccept All
Manage consent

This website uses cookies to improve your experience while you navigate through the website. Out of these, the cookies that are categorized as necessary are stored on your browser as they are essential for the working of basic functionalities of the website. We also use third-party cookies that help us analyze and understand how you use this website. These cookies will be stored in your browser only with your consent. You also have the option to opt-out of these cookies. But opting out of some of these cookies may affect your browsing experience.
Necessary Always Enabled
Necessary cookies are absolutely essential for the website to function properly. These cookies ensure basic functionalities and security features of the website, anonymously.
Functional
Functional cookies help to perform certain functionalities like sharing the content of the website on social media platforms, collect feedbacks, and other third-party features.
Performance
Performance cookies are used to understand and analyze the key performance indexes of the website which helps in delivering a better user experience for the visitors.
Analytics
Analytical cookies are used to understand how visitors interact with the website. These cookies help provide information on metrics the number of visitors, bounce rate, traffic source, etc.
Advertisement
Advertisement cookies are used to provide visitors with relevant ads and marketing campaigns. These cookies track visitors across websites and collect information to provide customized ads.
Others
Other uncategorized cookies are those that are being analyzed and have not been classified into a category as yet.
SAVE & ACCEPT